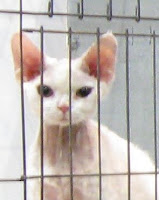 So much has happened since my last post. I was diagnosed with walking pneumonia the first of December and confined to bed. I missed a full week from work and really got behind in my graduate classes. Since semester tests and reviews were due the second week of December, I returned to work earlier than I should have. My students were so sweet. They treated me as if they were afraid I break, but at least I kept their attention and completed all the assignments I had planned, except the Gravity Races. One of the Facilitators for my grad classes was not agreeable to my making up the assignments I had missed so I had to drop both classes (they are taught as a block). I spent Christmas break recuperating but it was not until the end of February
that my doctor said I had recovered.

I took Pearl, Trouble and Cearra, a darling black female kitten from Karen Hill's Beautymus cattery, to the Birmingham Cat Shows. There were 9 Devons entered. I had never been to a show that had more than 3, so I was excited and nervous at the same time. Pearl and Cearra loved all the attention, but Trouble,who was grossly overweight, did not care for it at all. There were 5 kittens entered, 3 Open and 1 Ch. Cearra took BOB kitten in 4 rings, Trouble earned 4
winners ribbons toward his Ch and one BOB and Pearl won 4 BOB and earned all of her winners ribbons to become Ch. Gaia Spiced Pearl. I was thrilled to say the least!
Posted by Sue at 12:03 PM No comments: 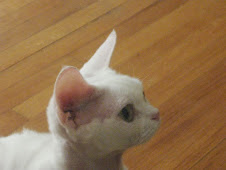 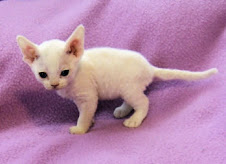 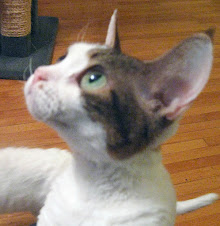 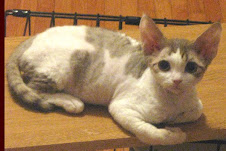 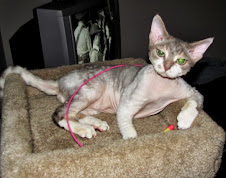 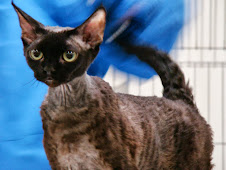 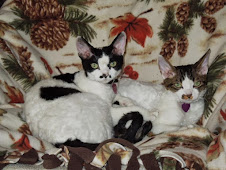 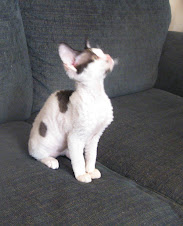 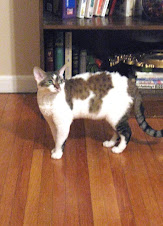 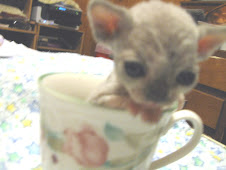 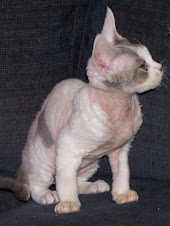 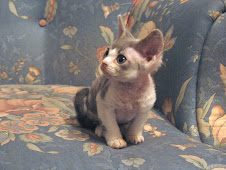 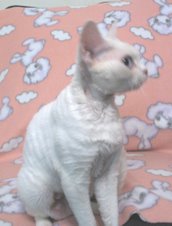 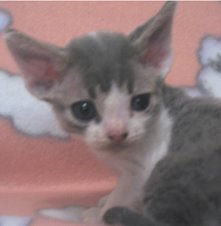 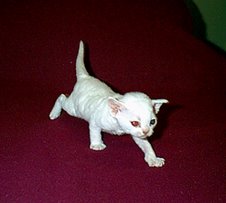 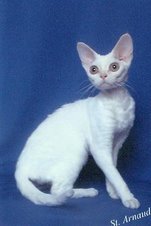